Chris was born in San Jose and grew up in Mountain View, CA.  He studied philosophy and political science at University of California at Santa Barbara.  Between undergraduate and law school, Chris worked as a Jesuit Volunteer at the Central Virginia Legal Aid Society in Richmond, VA.  He then returned to the Bay Area and earned his law degree from Hastings College of the Law in San Francisco.  Following the bar exam, Chris served as an Assistant District Attorney in Santa Cruz County, trying over 20 cases to verdict.

After working at the Santa Cruz County District Attorney’s Office, Chris and his wife, Alyse, moved to the East Bay and he focused on business and appellate litigation at the McNamara Law Firm in Walnut Creek.  His appellate experience covered a broad range of substantive law including public entity law, premises liability, medical negligence, personal injury and environmental law. 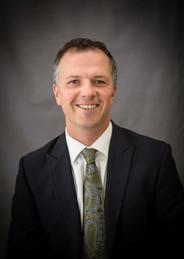