Mr. Tanimasa joined our firm in 2021 and has been practicing law since 2017. Before joining Craddick, Candland & Conti, Mr. Tanimasa gained extensive litigation experience in medical malpractice defense with another Northern California firm. Previously, Mr. Tanimasa clerked for the Hon. Peter A. Krauthamer of the Superior Court of the District of Columbia from 2014 - 2017.

During his time as a judicial law clerk, Mr. Tanimasa authored bench memoranda, draft orders, and draft judgments for the Court, and advised His Honor on all matters coming before the bench.

His practice is primarily professional malpractice defense of physicians, hospitals and health care facilities, dentists, nurses, optometrists, and other licensed professionals. Mr. Tanimasa also has experience assisting in the defense of health care professionals in the context of investigations and disciplinary hearings before the California Medical Board. His experience includes all areas of medical malpractice including complex Elder Abuse actions.

Since 2017, Mr. Tanimasa has also obtained judgments before trial, dismissals, and favorable settlements for healthcare providers throughout Northern California. He has also successfully opposed appeals of judgments and orders before the California Courts of Appeal and the Ninth Circuit. 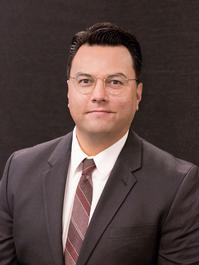