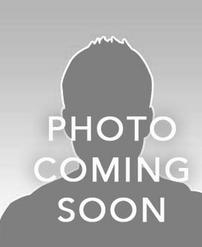 Liza is a Bay Area native, and received her J.D. from U.C. Hastings College of the Law, and her B.S. in Psychobiology and B.A. in Women’s Studies from University of California, Los Angeles.  In law school, Liza was a teaching assistant in Legal Writing and Research and Moot Court, an Executive Symposium Editor on the Hastings Women’s Law Journal, and a judicial extern to the Honorable Ernest Goldsmith (retired) of the San Francisco County Superior Court.  Following law school, Liza served as a judicial law clerk to the Honorable Eden E. Hifo (retired) of the First Circuit Court of Hawaii.

Prior to joining the Craddick firm in 2020, Liza was an attorney at top, AV-rated insurance defense firms.  Her practice encompassed a broad range of matters, including personal injury, premises liability, toxic torts, construction, insurance coverage, and employment discrimination disputes.  Liza is licensed to practice law in both the State of California and the State of Hawaii.  She has served as a member of the Executive Committee of the Barristers Section of the Alameda County Bar Association.